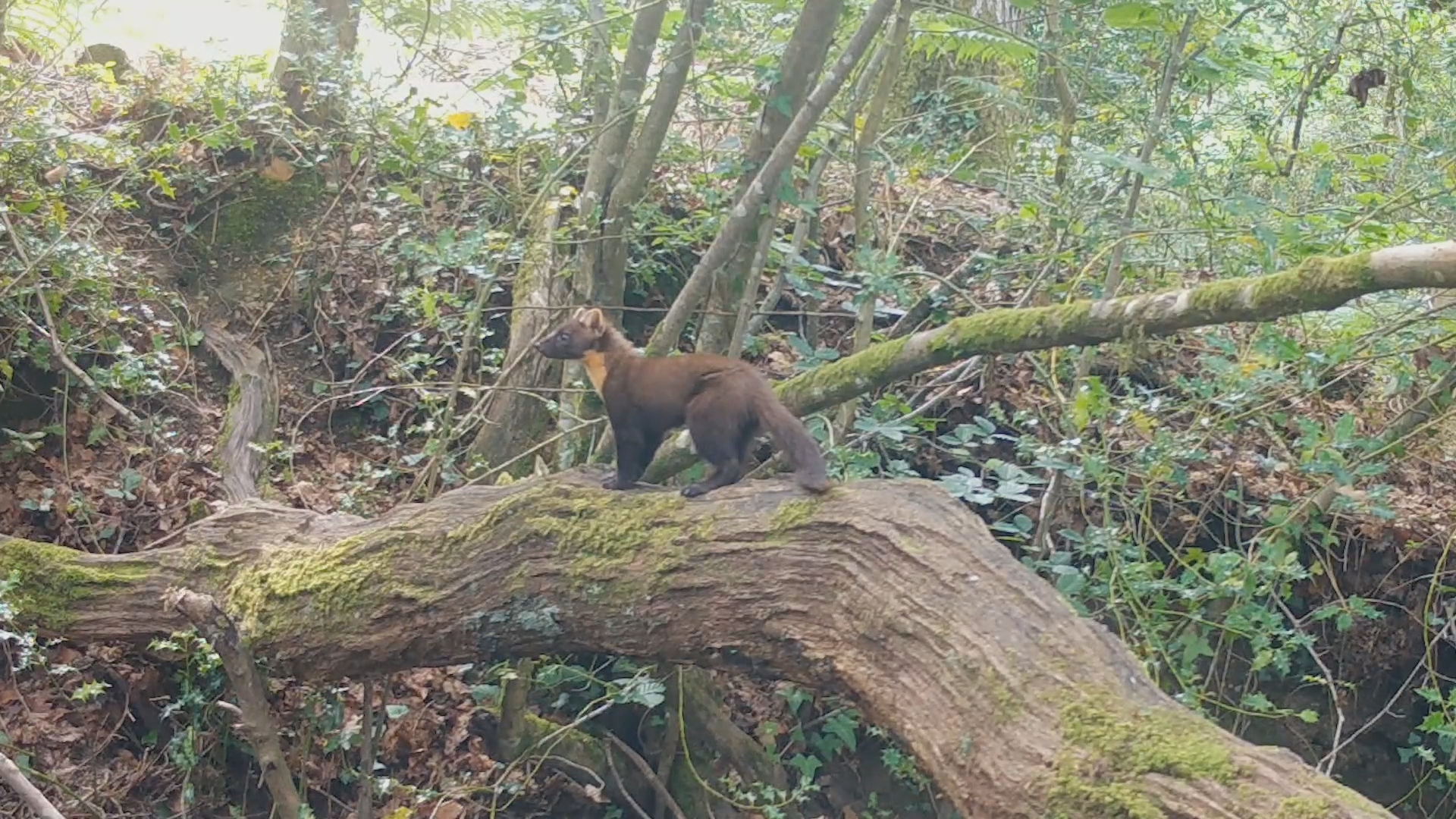 The pine marten, a species previously thought to have survived only largely in the North, established a population in the New Forest in Hampshire.

The animals, which are a cat-sized member of the weasel family, have been captured by hidden cameras set up to monitor other species.

Habitat loss and human activity have drastically reduced their numbers, leaving only a small, fragmented population, mainly in northern England, Scotland and parts of Wales.

They prefer well-forested areas with lots of cover and largely feed on small rodents, birds, insects and fruit.

Leanne Sargeant, Senior Ecologist at Forestry England, said: “It’s not often that we are able to talk about the return of wildlife to landscapes and the recovery of their populations, so it’s a really fascinating development to see. to study.

“The New Forest is a unique landscape and refuge for wildlife, and through this work we hope to learn what makes it such a good habitat for returning pine martens.”

first sighting of a pine marten in the New Forest

A team from Forestry England, Hampshire & Isle of Wight Wildlife Trust and Wild New Forest will be studying them over the next year to learn more about how these rare creatures live in the forest.

Marcus Ward, of the conservation consultancy firm Wild New Forest, said: “Since we recorded the first video evidence of pine martens in the New Forest in 2016, we have been following their progress with great interest.

“This new project is a wonderful opportunity to assess the current state of the New Forest population and will help inform their future conservation.

The team will assess the size of the population and its reproductive success. Each pine marten is brown in color, but each has a uniquely shaped bib – a section of pale yellow fur on the chin and throat.

This will identify and record each individual, and observing their interactions will allow the team to spot family groups as well.

How a remote Ladakhi valley went from hunting to wildlife conservation