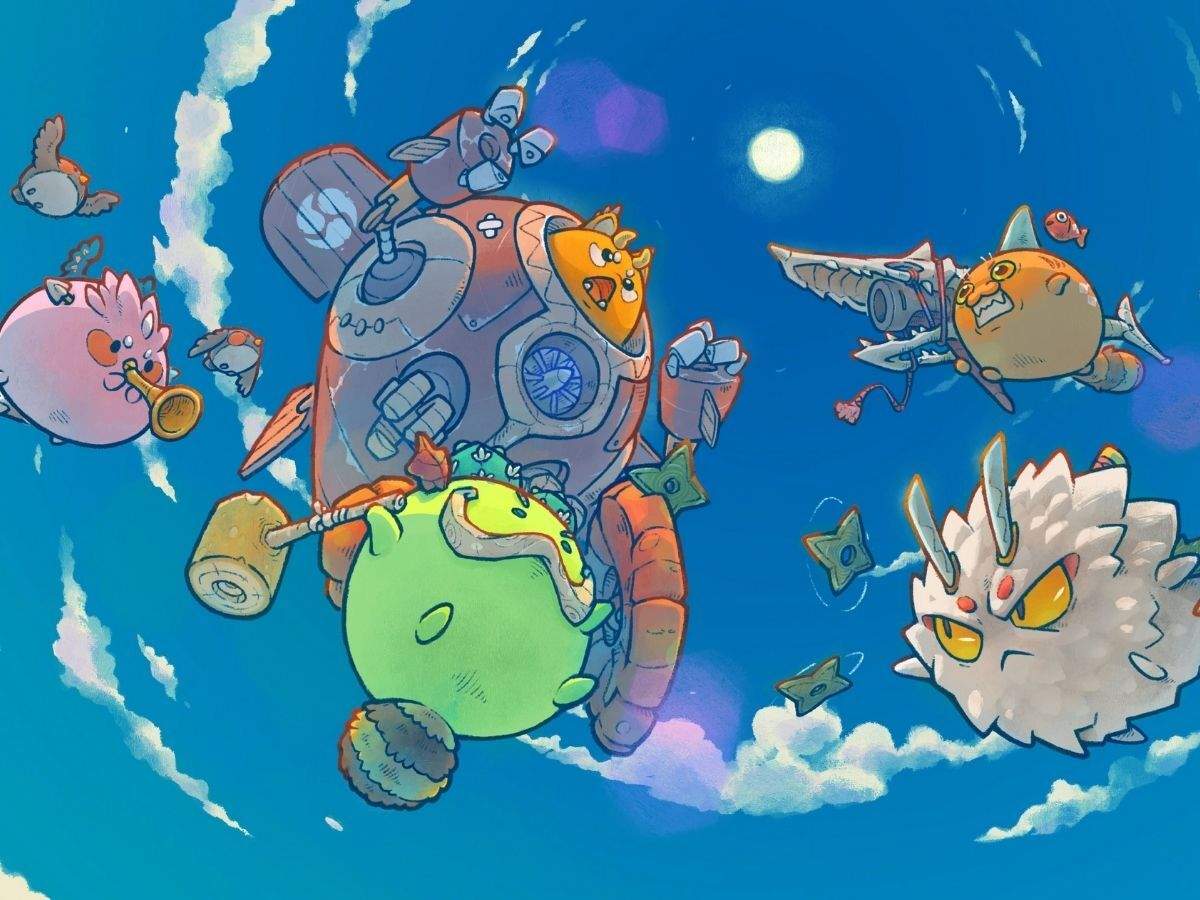 Axie Infinity, a game that runs on non-fungible tokens (NFTs), has reached a record high of $ 1 billion, setting a new record for itself and becoming the most valued NFT project in the world.

NFTs have grown in popularity dramatically over the past two years, but especially during the pandemic. Their volume soared to $ 2.5 billion in the first half of 2021. While they are supposed to help establish a unique identity, many see them as a real investment that will continue to pay them generously in the future.

Source: DappRadar
Developed by Sky Mavis, a Vietnamese game studio, Axie Infinity is not a new game. It was released three years ago.

Axie is a Pokémon-like game that has its own virtual economy via in-game tokens – Smooth Love Potion (SLP) and Axie Infinity Shard (AXS). Like all in-game currencies, these can be used to buy land, farm, or breed Axies.

Shark Tank’s renowned American billionaire Mark Cuban is one of the many investors backing the blockchain games company.

What is Axie Infinity and how do you play?

To get started, players need to buy or borrow at least three Axies. Axies are monsters that can be used to fight other players or teams, much like Pokémon. Or they can choose Arena mode, where players fight with different users on the platform with their Axies.

As with other cryptocurrencies, Axies prices are very volatile and fluctuate due to several factors. The value of an Axie depends on its abilities such as body parts, stats, and abilities.

An expensive or powerful Axie at the start of the game helps in the long run as it allows the player to establish supremacy earlier. These Axies can be purchased through crypto exchanges such as Binance, Huobi, and Kraken.

Players can also get started for free by borrowing Axies from lenders, technically called “managers” in the game. While these managers are willing to lend their Axies, they are also entitled to take a share of the player’s earnings. This creates a passive source of income for them. The in-game token, AXS, is used to give investors a vote in the governance of the gaming ecosystem, while SLP is used to create new Axies.

However, unlike most games, in-game money can be converted into other cryptocurrencies, making them valuable in the outside world for transactions.

It’s a unique game-to-win model that relies entirely on the Ethereum blockchain, and many have used it to generate consistent income. Over the past 30 days, the game has generated nearly $ 780 million in sales across 1.4 million transactions. If that wasn’t enough, the developer announced on Twitter that he had reaches 1 million daily active users (DAU) on August 6.

However, experts warn that gambling is not inherently designed as an investment tool. The recent popularity of the game has driven up the value of tokens and collectibles in the game. It’s viral in some markets such as the Philippines and Vietnam, and top players are said to have made 1,500 SLP ($ 435) per day on their Axies.

Even though there are many more games of this type available today, and Axie Infinity has had the edge over the past three years because of its brewing community.

The play to win genre is just beginning

While Axie Infinity has dominated the headlines due to its age, there are plenty of other games available. Since most are relatively newer, they are still in their infancy and the opportunities for growth are plentiful.

CryptoKitties is an example where players can buy, breed, and trade digital chats through the Ethereum blockchain. A Dragon cat name sold for an insane price of 600 ETH, which equates to around $ 170,000.

Likewise, there is a Minecraft-like game called The Sandbox, where users can create new things and trade them with other players. The game is backed by its own motto called SAND, and the game has become a great place to share ideas, interact and engage.

Axie Infinity still has a host of challenges to overcome though

With all the fame and sudden influx of users, cracks in the core of the game are now seen quite frequently. Over the past few weeks, Axie’s server has experienced several downtime. Due to errors and disconnections, players have been forced to stay away from the game. And this is a serious problem since many players actively view the game as a source of income.

Since it is based on a decentralized configuration, developer commits are essential to keep it operational. Higher development activity means more engineers are working on solving network related activities. The value would often drop to zero for a few days, which means errors and disconnections will continue to increase if more support is not available soon. Many are also concerned that the “managerial” loan system will backfire, as lenders become too powerful by relying on new users, indirectly hampering the distribution of wealth in the game.

As the popularity of metaverse games and NFTs has grown, so has the interest and growth in blockchain-based game projects. Axie Infinity and more are just stepping stones being experimented with right now. While a plethora of mainstream companies and sports teams have embraced NFTs for collectibles, the gaming industry is just beginning and will need its own time to organically mature and develop. Cryptocurrencies are already in a gray area from a regulatory standpoint, and games like Axie Infinity are not yet directly available on US-based crypto exchanges.

For a more in-depth discussion, visit Business Insider Cryptosphere – a forum where users can delve into all things crypto, engage in interesting discussions and stay at the forefront.

SEE ALSO:
Top 10 Cryptocurrencies In The World – The Story Behind Bitcoin And Other Altcoins
Polygon’s New Meme Market is a Crypto Platform Exclusively for Online Memes and Trending

Bat breaks record while traveling 1,200 miles from London to Russia – only to…