How a remote Ladakhi valley went from hunting to wildlife conservation

I was fascinated by wolves when I was little. When I heard about wolf sightings near my village Sumda Chun – in the Markha region of Ladakh – I would harass my father to come near me so that I could take a good look. My dad laughed at me affectionately and said I would run away in fear if a wolf really decided to show up.

My wish to see a wolf up close remained unfulfilled. At that time, wild animals shied away from humans and rarely approached our village.

Over the past two years things have changed, and how! We can now see wild animals from the roofs of our homes. They approach us without fear. Markha Valley now attracts many tourists and conservationists who brave the cold winter winds to view wildlife, especially the world’s most elusive big cat – the snow leopard. They visit Hemis National Park in the Markha Valley between December and March each year and bring back stories and memories of snow leopard sightings.

What caused the change? How did the conflict between man and fauna end in this valley endowed with extremely shy and rare animal species? This is how the incredible transformation happened.

Over twenty years ago, the people of the Markha Valley were so poor that they did not have access to the bare minimum. The limited knowledge of agriculture by conventional means has allowed us to grow enough wheat and barley just for home consumption. Vegetables and fruits, which were mostly imported, were luxuries few could afford. We would consider ourselves lucky if we could eat a banana! The scarcity of food has caused people to turn to the only available alternative – hunting.

As hunting increased from year to year, the region’s wildlife dwindled. Animals such as blue sheep, deer and ibex have declined dramatically, which has also resulted in a reduction in the population of snow leopards – which feed on these animals. Meat and tsampa (flour ground from roasted barley) became the staple food. The limited availability of food during harsh winters has resulted in increased hunting.

Lamas (monks) and Rinpoches (senior monks in monasteries) were the first influencers, who preached against the killing of animals and promoted living in harmony with all living things – a fundamental tenet of Buddhism. Most of the villagers, followers of Buddhism, wanted to follow the teachings. However, for them it was a choice between survival and spirituality. Survival gained.

As a wildlife lover, I often felt concerned about the increase in hunting activity in the valley and its impact on the animals. I wondered if there was anything I could do for wildlife conservation. 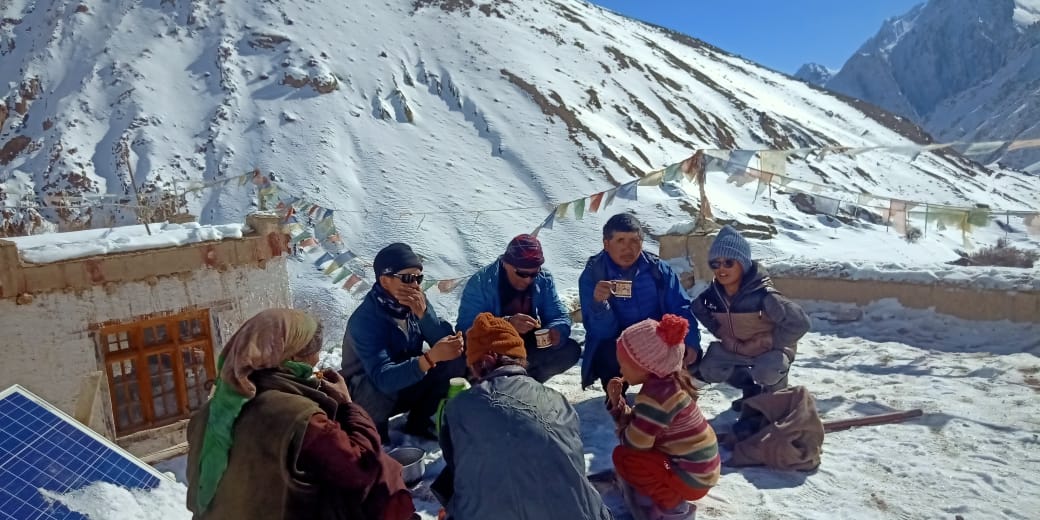 I have always dreamed of staying close and connected to nature. I believed that working in the tourism industry could help me achieve my wish. So, shortly after finishing my primary education, I seized the opportunity to work with a well-known tour operator in Ladakh. I started out as a helper and in no time had my dream job – that of a tour guide – that took me to places I had never been before. Later I would also visit Darjeeling every winter to work as a storekeeper with the travel agency.

The experience I gained from working in different locations, including as a guide at Annapurna base camp in Nepal in 1996 and as a storekeeper in Darjeeling, helped me understand how people had been successful. to conserve wildlife. These places had better infrastructure and stricter accident laws in the conserved areas. People respected wildlife because it brought tourism, which in turn brought prosperity. This was not the case in the villages of the Markha valley.

Could a similar approach work in the Markha Valley? I started to wonder. I was convinced that conservation efforts in my region would also greatly contribute to the development of my region. All of this was not possible on an individual basis. To reach and convey my ideas to a wider audience, I needed to work closely with local communities. My sense of responsibility and my determination to contribute to wildlife conservation brought me back to Markha Valley for good in 2015.

I decided to enter public life and I ran for the election of Sarpanch. Luck favored me! People trusted my merit and I won the election. Once elected, I wanted to prioritize wildlife conservation efforts. So I started to engage with the locals and also appealed to the representatives of the wildlife department, who were already running awareness programs in the area. They happily agreed to shake hands. We started discussing how tourism could help prevent damage to wildlife and promote development in the region. The teachings of the Lamas and the Rinpoches also played an important role in raising awareness against harming animals.

Slowly, our efforts to improve tourism began to bear fruit and have a positive impact on wildlife. The fundamental question of sustainability remained, however. To continue to attract more tourists and have a tangible impact, we needed more funding. When I ran for councilor and got a term, I decided we would focus on two basic needs – food and infrastructure.

The main reason for hunting animals was the limited availability of food. To enable farmers to produce more food, we have partnered with the Department of Agriculture to train farmers in different farming methods. We have also allocated funds to councilors to create fences around farms to protect the harvest from wild animals such as blue sheep, ibex and deer. Access to new technologies such as greenhouse cultivation has enabled people to produce food during the winter.

To promote wildlife tourism in the region, we decided to improve the infrastructure and spent funds for the construction of trails and roads to the villages of Sumda Chun, Rumbak and Sumda Chenmo.

In addition to better infrastructure and better food availability, certain socio-economic factors have helped us to reduce the hunting of animals by the inhabitants. Awareness programs have sensitized the younger generation to the need to conserve wildlife. As a result, children and young people began to urge the elderly not to kill animals. Llamas continued to promote a nonviolent lifestyle. All these factors contributed to a stable growth of the fauna and an increased harmony between the villagers and the animals.

Over the years, tourism has brought prosperity to the villages of the Markha region. Host families for hikers and travelers provide a regular source of income. The villagers make beautiful handcrafted snow leopard and other animal toys from wool in winter and sell them to tourists. 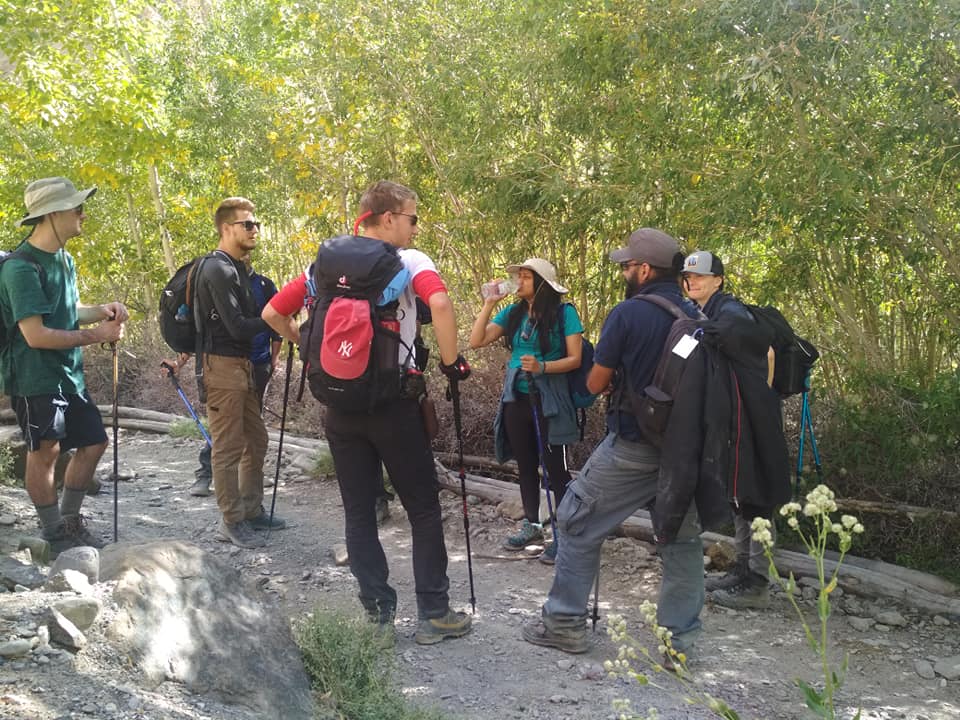 Today, the Markha Valley has a thriving population of blue sheep, ibex, wolves, deer and snow leopards. People began to live in peace and harmony with the wild animals, and the animals began to approach the villages without fear. Spotting these animals in nearby areas has become common. People have learned the valuable lesson of coexistence with nature. It gives me hope… Maybe, just maybe, my childhood dream of seeing a wolf up close will one day come true!

Sonam is a counselor, climber, wildlife enthusiast and social activist in the Markha region of Ladakh. He is passionate about service to the community. He has played a crucial role in mobilizing the community across Ladakh for various projects. An advocate for responsible tourism, he promotes host families in villages and has played a key role in the preservation and promotion of wildlife tourism. He has worked hard to develop the capacity and infrastructure of his region for village tourism. He is also a volunteer for Global Himalayan Expedition (GHE).